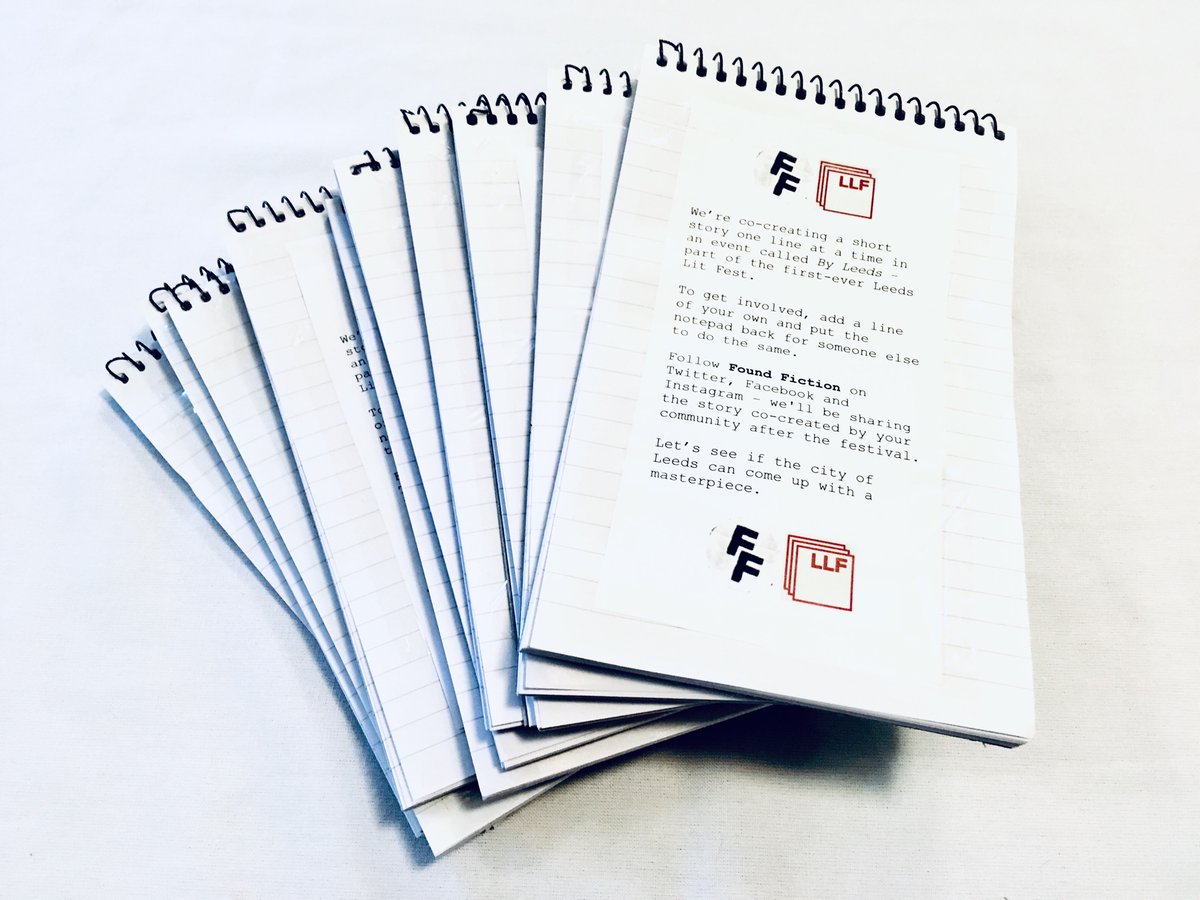 We recently partnered with the Leeds Little Free Library on By Leeds, a citywide event which saw communities come together to write stories.

The Little Free Library is a growing network of beautiful book exchanges where people can take and leave books. We put notepads and pens in 10 of the 35 Little Free Library boxes across Leeds – inviting locals to co-create a story that represented their part of the city.

By Leeds is officially underway! Help co-write a masterpiece by adding a line to the notebooks in @leedslittlefreelibrary boxes 1, 4, 5, 6, 7, 16, 18, 23, 29 & 34. You can find them in this handy map: bit.ly/2E7xDKm #foundfiction #amwriting #community #leeds #littlefreelibrary #literature #leedsdock

The first line of the story was the same: I was in bed when I heard the gate.

However, each of the 10 stories forged very different paths.

Here’s a transcription of a story that was co-created by around 30 people who passed by the Headingley Little Free Library over the course of a week.

I was in bed when I heard the gate

creak open and footsteps down the path

hurrying in the direction of the woods

and I heard a ‘Yeehaw’ in the distance

I ran as fast as I could.

I heard soft footsteps running quickly, then silence, then the sound of someone laughing

and then my name echoing through the night

and suddenly lights everywhere, I was surrounded by pages and pages of marvels and wonders

books flying through the night.

In the distance, I could see a cloaked figure, silhouetted against the sky.

His weathered face was in profile, and I couldn’t tell whether malevolence or kindness was behind his eyes, but I saw what was in his hand

and silently I know it was my daughter’s locket – a silver oval, chains snaking up his forearm.

I winced – and walked away.

My heart rattled in my sternum, it was as though the whole wide world was watching. Weak and feeble, I made my way home collapsing into bed. I slept well , safe in the knowledge that like Goliath they will be conquered.

I felt a pang, it was like being stabbed in the back of my eye. She had died two years ago, it couldn’t be possible. I had thrown it away. I felt a torch being shone into my face. I slowly opened my eyes.

She had died, of course, because of him, everything that had ever gone wrong in my life was because of him – at least, that’s how it felt.

When suddenly out of the cold grey mist she saw the red eyes.

They have been staring at her for a while, and as she noticed, she completely froze.

She turned around, and fled, but not before he would reach out and grab the locket from her neck.

She hides in the shadows till she hears him walk away.

Not a time to sojourn

But a time to be born 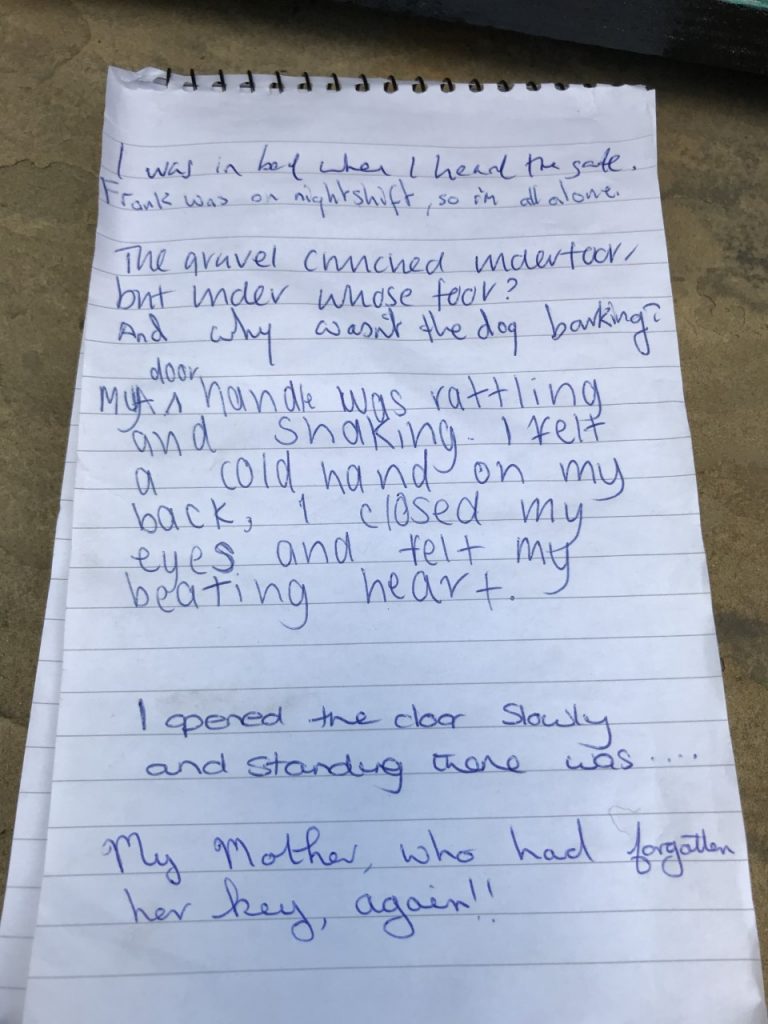 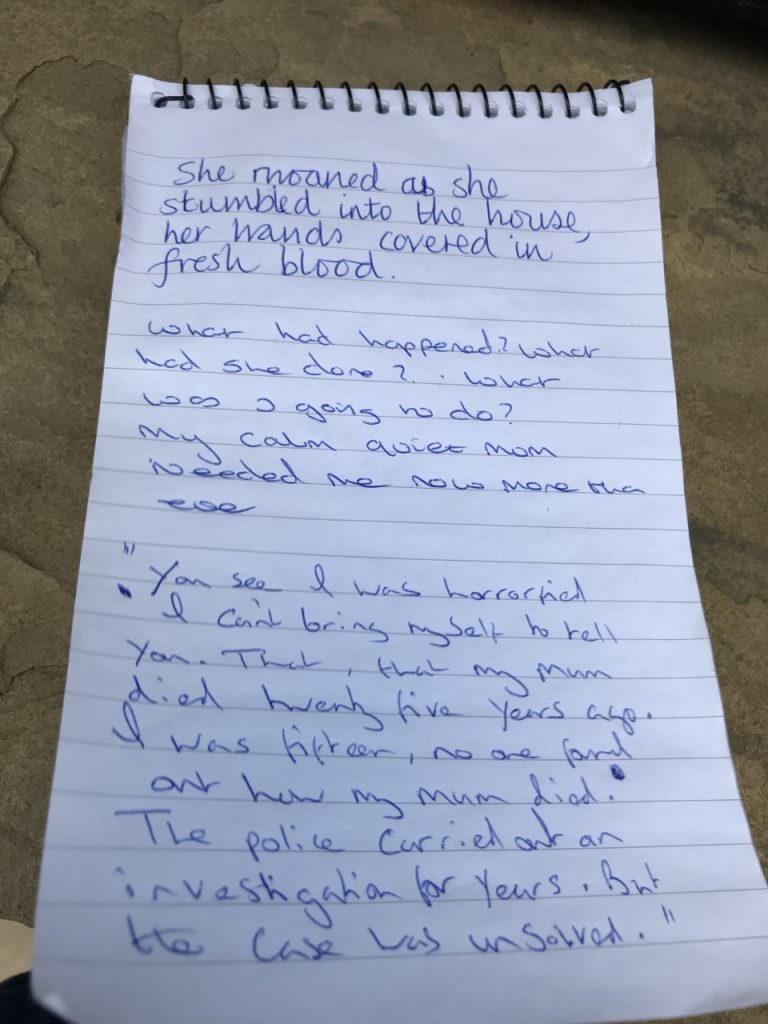 And in West Ardsley: 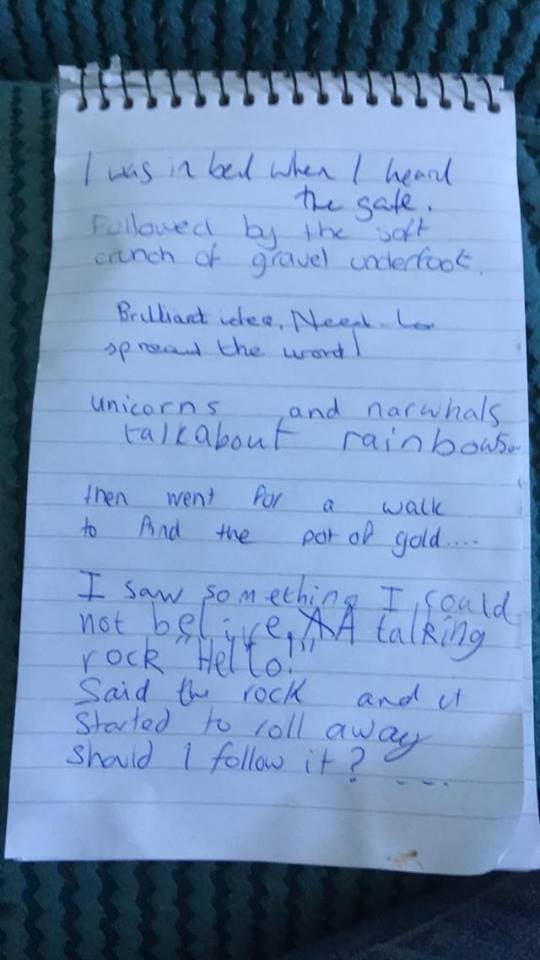 By Leeds was one of our activities at Leeds Lit Fest. Look out for Leeds Lit Fest 2020 announcements by following updates on Twitter.

Find out where your local Little Free Library box is on this handy map.

Want us to help empower your community through writing and literature? Get in touch. 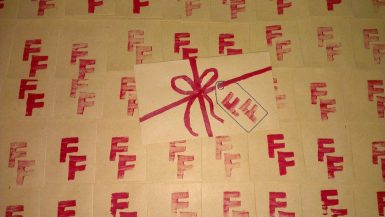 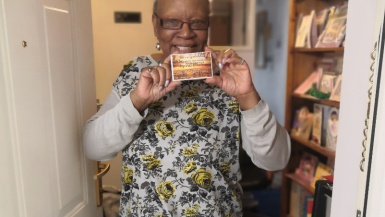