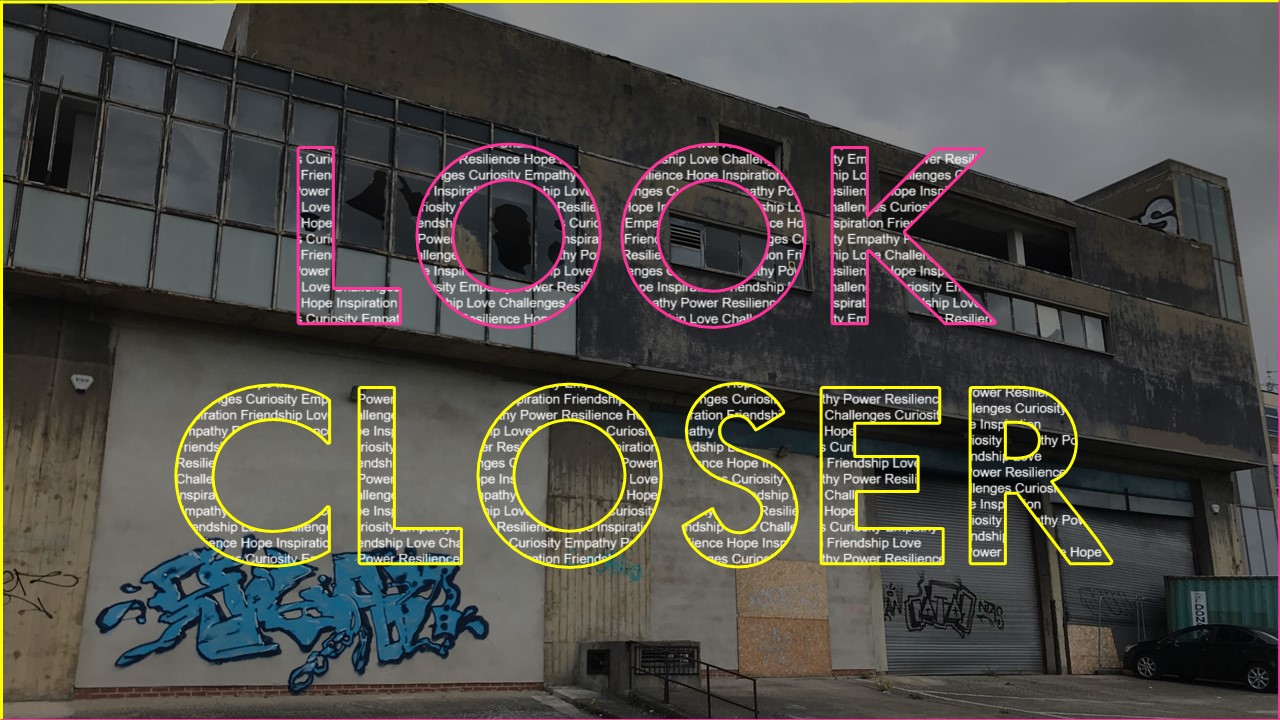 Every edition of Look Closer is a search for inspiration – literally. Found Fiction’s Steve Clarkson will be joined by a special guest on a creative adventure around their neighbourhood to find material for stories, poems and songs. Along the way they’ll discuss creative processes, habits and learnings.

Look Closer was borne from a video webinar hosted by the Old Bank Residency. People tuned in to follow Steve and Izzy on their search for inspiration and produced their own creative material from the items they found.

Angela Huskisson was inspired by the Corona beer bottle top Steve stumbled upon within the first five minutes. She wrote this short story:

So, who left the top off the Corona bottle? The bottle has vanished just like its contents and the Jinn has most obviously fled. That’s Jinn as in Genie and not the other kind, but I prefer to call her ‘The Fairy’ like the one in the Absinth, except that she isn’t green.

Instead she’s an acid pink trip dressed up in an orange frou frou frock that she feels is most becoming. No knickers, but she doesn’t kick high as she’s no can-can girl. She’s like sherbet and just as sickly so don’t let her under your skin. She’s spiky too so don’t get on her bad side; in fact, try and avoid her at all costs, if you can. If she flies up close and personal you won’t shake her off or at least not until she’s had her wicked way with you. And then she might just leave you for dead – she’s like that.

Callous is her middle name and her best friend’s known as Fear. They work hand in hand – quite an awesome twosome who arrive as a pair. He lingers in the shadows and helps her choose her prey and then he plays her like a puppet and draws her strings on cue. But she has great freedom to reproduce all on her own in an asexual kind of way. And now she’s on a journey and chooses her host with utmost abandon. Let’s call him Patient Zero who starts by inhaling the beauty of the morning and also herself in one deep and calming breath – or so he thinks.

And then she’s got him and her journey begins and then she wonders who is next. The strength of her forces a sneeze and she’s out in a zillion different repetitive forms and he doesn’t even notice; cunning huh? Later he meets his friends and they kiss and hug and spread the love and his fairy flies and flies and flies.

THIS IS YOUR 2 METRE WARNING.

A discarded yellow marigold found by Izzy inspired Lynda Kenny to write a series of poems put together from tweets. Here’s one:

Fill a rubber glove with hot mashed potatoes and hold it

Inflate a rubber glove and tie it to a tree

Just high-fived a rubber glove for the last ten minutes

This lockdown is making me silly

You can’t tickle the same with a rubber glove

We hope you enjoy listening! 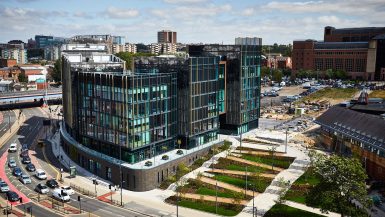 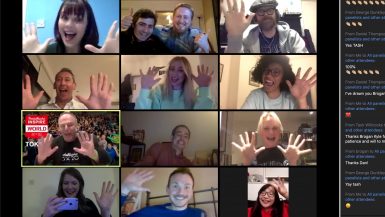 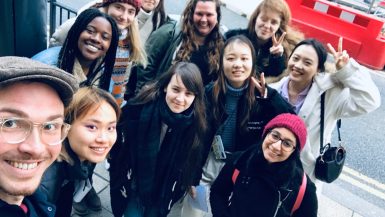